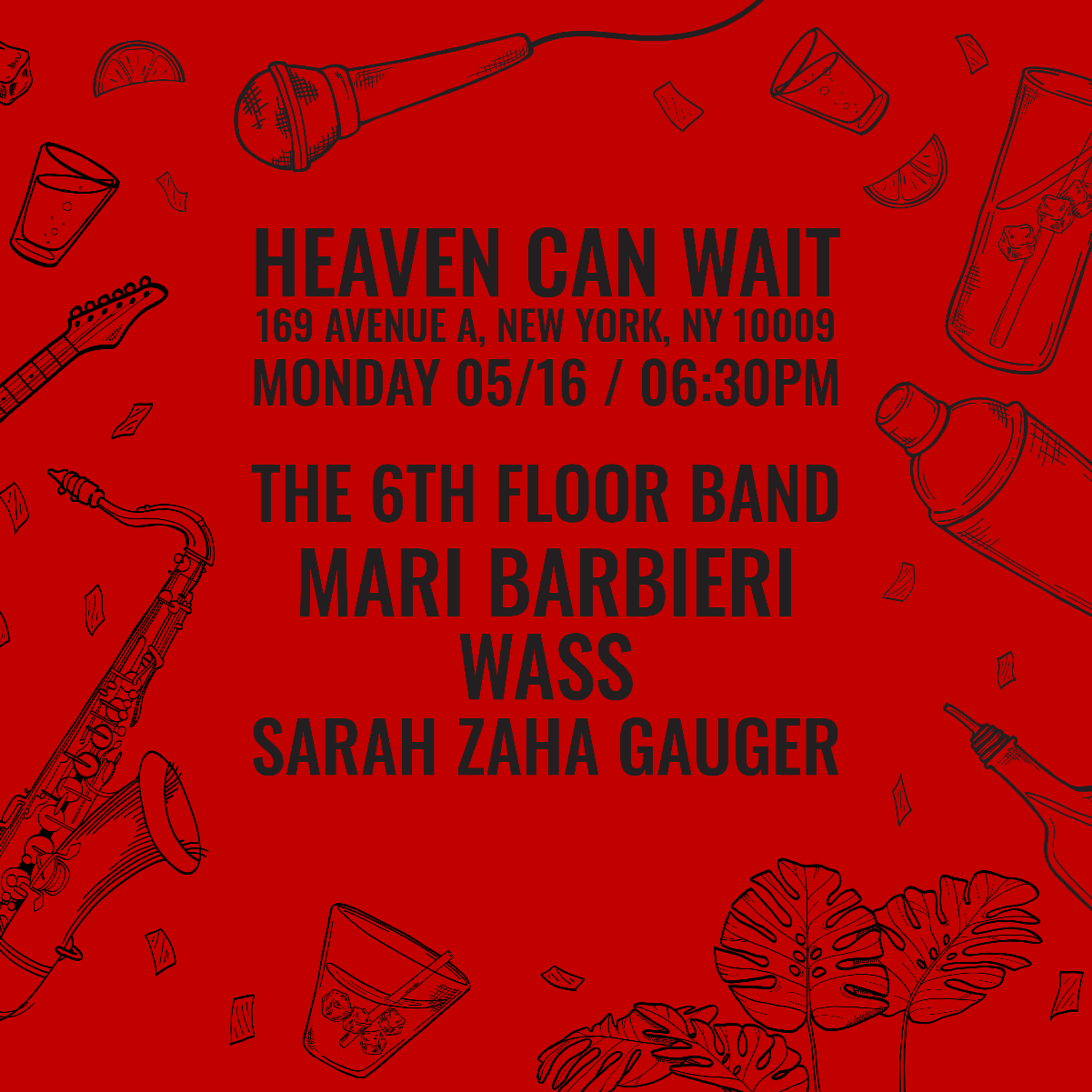 Additional Info
The 6th Floor
Up and coming singer songwriter, Jude Maloy, is making heartfelt music beyond his years. Jude released his first single, “Hey Ma” in late August of this past year. A smooth, melodic tune, based on the tumult of a young man’s journey and relationship with his mother. After being recruited in multiple sports for college, Jude chose to chase his musical dreams and is now in his second year studying music composition at NYU where he is creating and collaborating with peers. He was born in Oklahoma, moving to Nashville at an early age where he has grown up with and made music with many other artists. Jude will follow his release by performing shows in New York, his Nashville home, and beyond. Jude continues to create music with his peers in New York and Nashville and is set to release his next song, "Besides my Dreams" in October.

Mari Barbieri
Originally Italian/French, Mari Barbieri is a Indie Pop/Soul singer-songwriter studying at New York University. Growing up, she and her family regularly moved countries, influencing her sound and personal style. Being a melting pot of different influences such as Adele, Stromae, Christina Aguilera, and Tom Misch she prioritizes honesty and relatablity in her lyrics and isn't afraid to explore difficult themes in her music.
Mari just recently released her debut single, "Idea of You", and has more music on the way. If she's not in the studio, Mari loves spending time with her family, making music, and fostering dogs.

Wass
Brooklyn based artist, Wass, is often praised for her unique and unconventional writing style. Her indie-alt/pop songs seek inspiration from Lorde, Sylvan Esso, Joni Mitchell, and Julia Jacklin to name a few. From lyrical themes that inspire deeper thought, to the highs and lows of navigating femininity, Wass tries to give the listener a way to feel heard in whatever aspect that may be.

Sarah Zaha Gauger
Hey! My name is Sarah Zaha Gauger and I am a singer-songwriter from Massachusetts and current NYU student. I started performing as part of the acoustic duo "Serenade" at age 15 and have been writing songs for as long as I can remember. I am currently working on my first album "Intrusive Thought" which I am excited to share with you. As a storyteller, I try to poetically capture complex emotions in my lyrics. The natural twang in my voice sometimes adds an undertone of country to my music. I write songs about heartbreak and loss, relationships, and growing into yourself.
Artists
Sarah Zaha Gauger