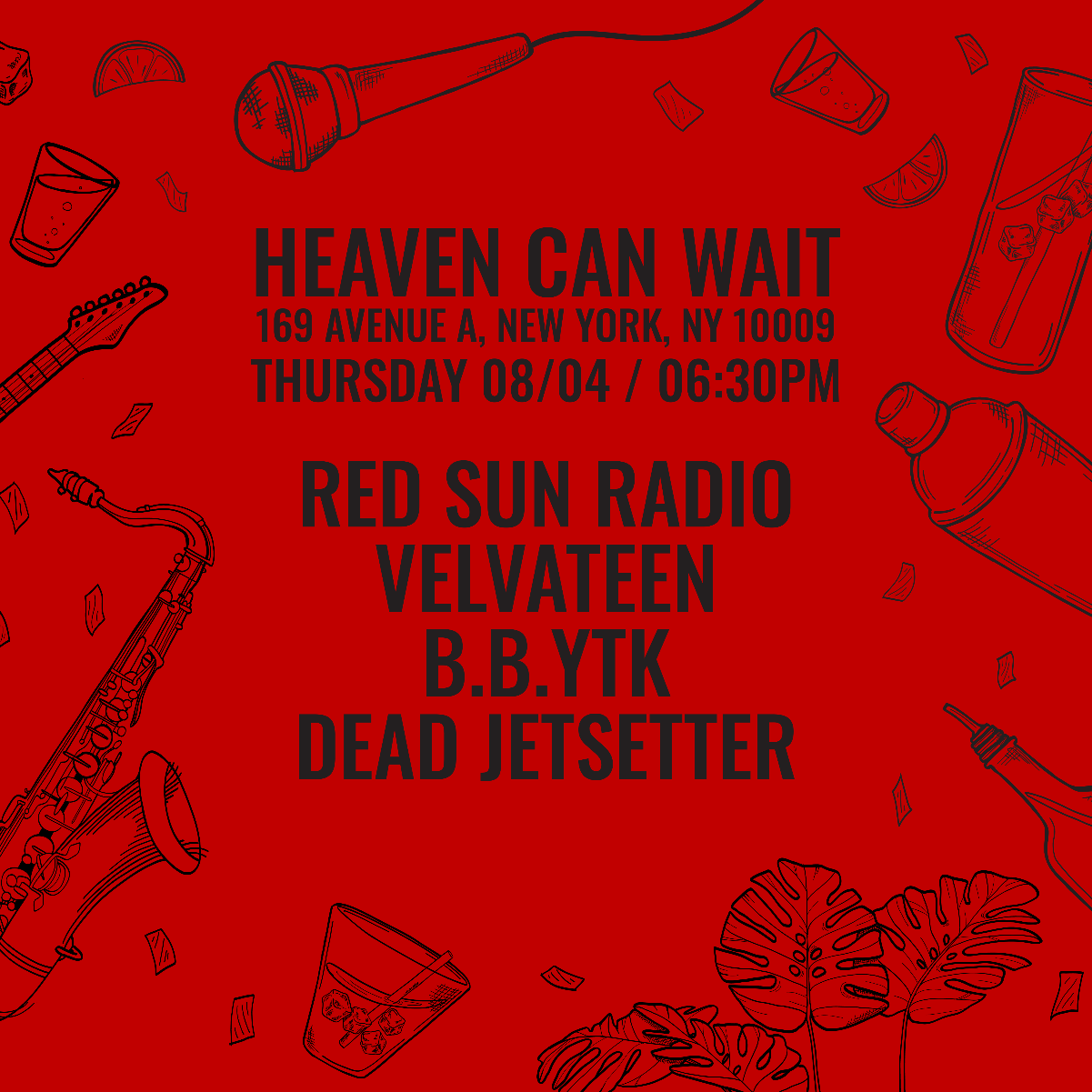 Additional Info
Red Sun Radio
Starting off their musical career on a stage made of tomato cans and plywood in the basement of a Bronx pizza parlor, Red Sun Radio's rock, alternative, and indie influences have made for a sound that ranges from raw to melancholic to soulful pleas for help over what cheap beer to purchase at the bodega.

Velvateen
Velvateen was started in 2016 by Jacob Jimenez in Los Angeles California. By fusing the love of metal, alternative rock, hip hop and regional Mexican music, Velvateen has managed to come up with a unique sound that not many others would be able to accomplish with only 2 people.

They play everything and any genre of rock and roll. During the pandemic, they have been playing streets of NYC, mainly Tompkins square park.

plastic
Plastic is an NYC based alternative rock, emo and pop bank band formed in January 2022. Consisting of 3 main members, MEH on vocals, Sean Kovacs on vocals and guitar and Jensen Meeker on drums. Inspired by the shit that breaks you. We make music for people to let go and get their feelings out. Plastic blends abrasive guitar riffs and catchy melodys to create a perfect blend of emo pop and hardcore music.