with Klemntyna, Sofia Campoamor
Heaven Can Wait
Ages 21 and Up
$15.00 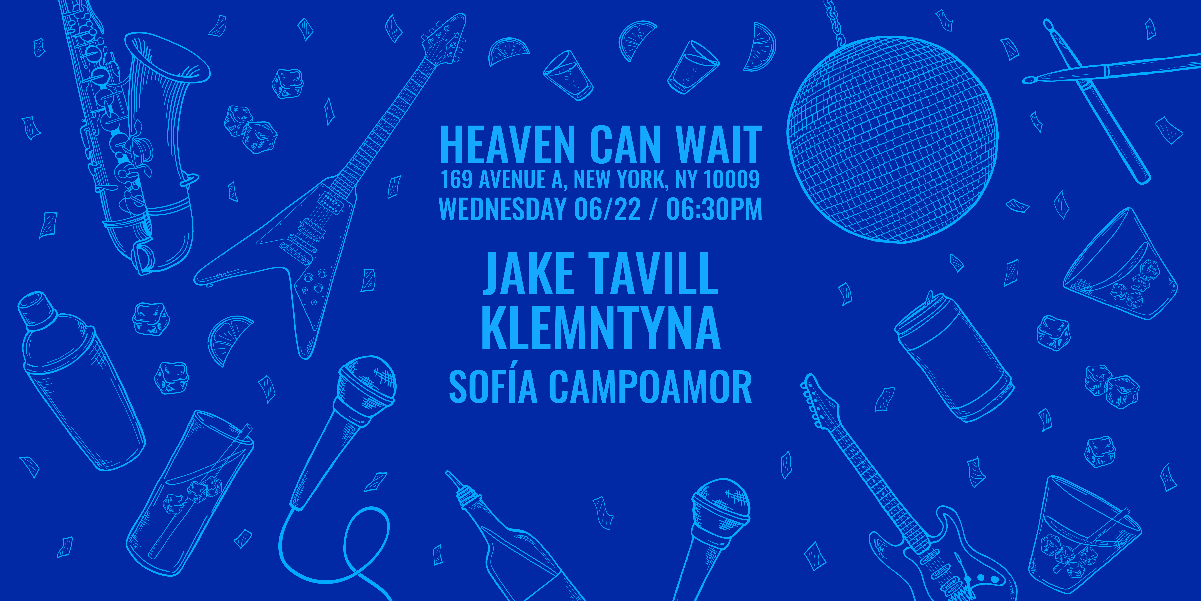 Additional Info
Jake Tavill
Soulful melodies, empathetic lyrics, and moving instrumentation define the music of NYC’s Jake Tavill. Jake is a graduate of NYU Tisch’s Clive Davis Institute of Recorded Music and founder/CEO of studios, entertainment, and media company Indigo Soul NYC. Jake has released two albums, Indigo Child (2014) and Twisted Ideology (2017) and is already lauded as having “a sweet soulful voice” (American Songwriter) that’s “Magnetizing” (The Aquarian), “thought-worthy” (The Burning Ear) and “a kettle full of colorful soul with a lot of heart” (We Love That Sound). Jake scores for film/TV as well, and has had the honor of working with Nam Hye-Seung on popular K-Dramas "A Piece of Your Mind" and "It's Okay Not To Be Okay" streaming on Netflix. Jake’s mission is to make a difference by using his music to help people understand themselves - and each other.

Klemntyna
Klemntyna is a New York/London-based emerging R&B/Pop artist, born and raised in Warsaw, Poland. Inspired by Michael Jackson and his music at the tender age of 12, she began dancing and taking voice classes, performing live and taking part in various competitions, projects and showcases ever since. Throughout the years, Klemntyna developed passion for various other music genres, ranging from hip-hop, rap, 80s pop-rock, 90s R&B, soul, future bass and neo-soul. Hence, she identifies her style as a mixture of all these genres, emphasizing powerful and sweet vocals, personal and at times philosophical/reflective lyrics and fresh sound inspired by old classics and legendary voices.

Sofia Campoamor
Born in Washington, DC, Sofía Campoamor first started writing songs to make school projects more fun. This lighthearted approach to academics took her to Yale University, where she performed a cappella music around the world as the first woman member of the Whiffenpoofs. Now based in Brooklyn, Campoamor blends wit and vulnerability in her folk-pop tales of love, distance, and dreams.