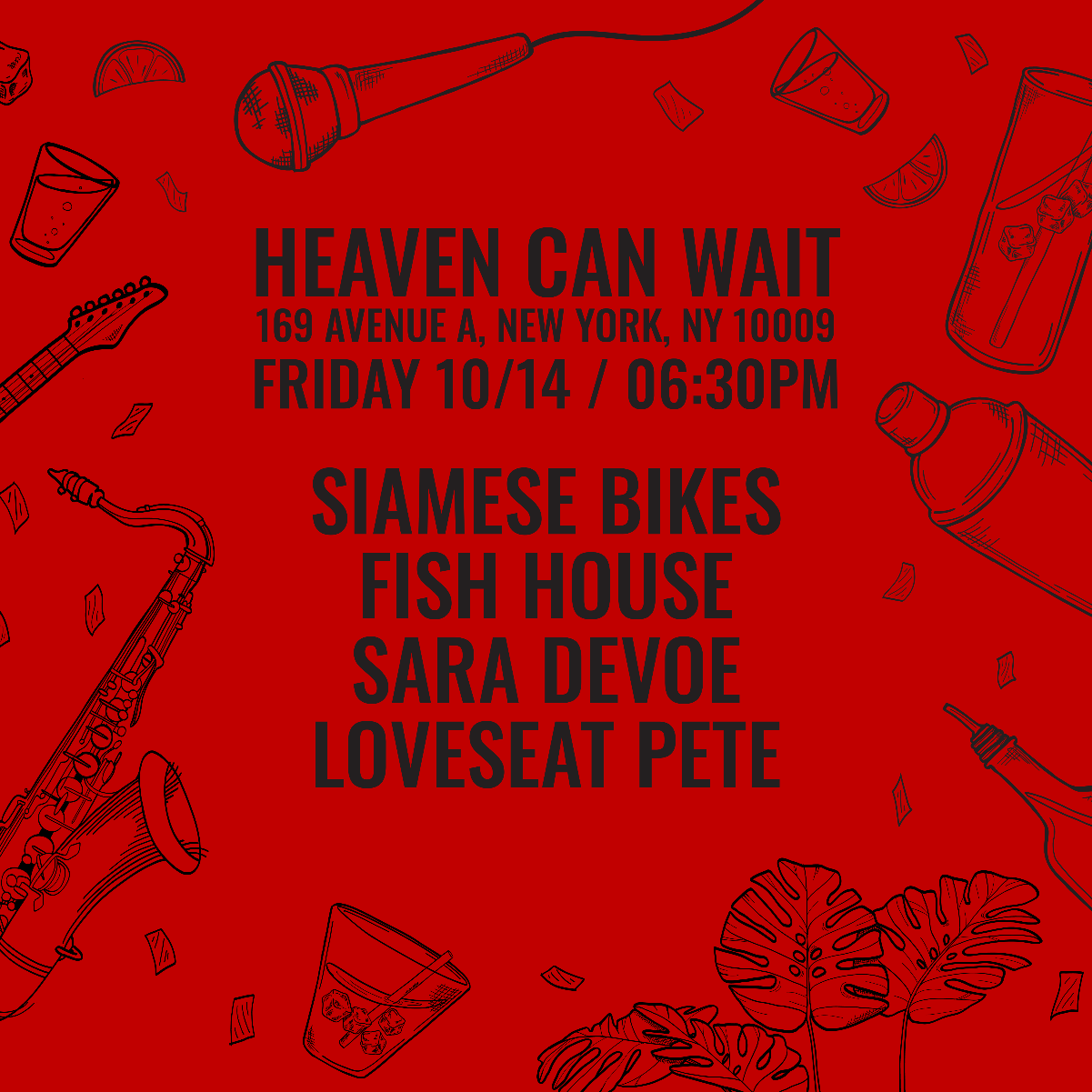 Additional Info
Siamese Bikes
Siamese Bikes is the independent musical project of Upstate NY songwriter Colin Boyd.  Born and raised in the Northeast, Boyd cut his teeth in the New England alternative music scene, performing in an array of original projects covering a vast selection of genres. After several years of gigging as a guitarist, Boyd stepped up to the mic in his late teens and began writing in earnest. In fall 2019, the "Siamese Bikes" EP was released, featuring a unique blend of surf, folk, and bedroom pop.

After taking two years off from performing due to the COVID-19 pandemic, Siamese Bikes is back and ready to reclaim its place in the North American indie rock scene. Boyd has just finished work on the first full length Siamese Bikes record, which will be out in the fall, and plans to continue to perform both Solo and full-band shows across the country in the coming years.

Fish House
Fish House is a trio of childhood friends that began their wanderings together in elementary school. The band plays regularly in New York City and will be releasing a collection of new music throughout the spring and summer of 2022.

Sara Devoe
Sara Devoe is an emerging dream pop artist currently based in NYC. After recently debuting her first EP called “harsh”, Sara has made her mark in the indie pop world with melancholic ballads that cover identity, insecurities, family, and nostalgia.

Loveseat Pete
Originating as three friends from Asbury Park, Loveseat Pete is an indie, alternative rock band formed amidst the pandemic in 2020, spearheaded by frontman Vincent Nigro, and accompanied by bassist Jason Wenzel and drummer Matthew Keenan. Taking nods from indie rock bands such as The Strokes and Wavves, but also going further back on pop-rock contemporaries like the Beach Boys and The Beatles, there really isn’t a sound that they don’t draw inspiration from. The three enjoy hobbies such as going outside, grilling, sometimes music, and more recently, golf.
Artists
Siamese Bikes