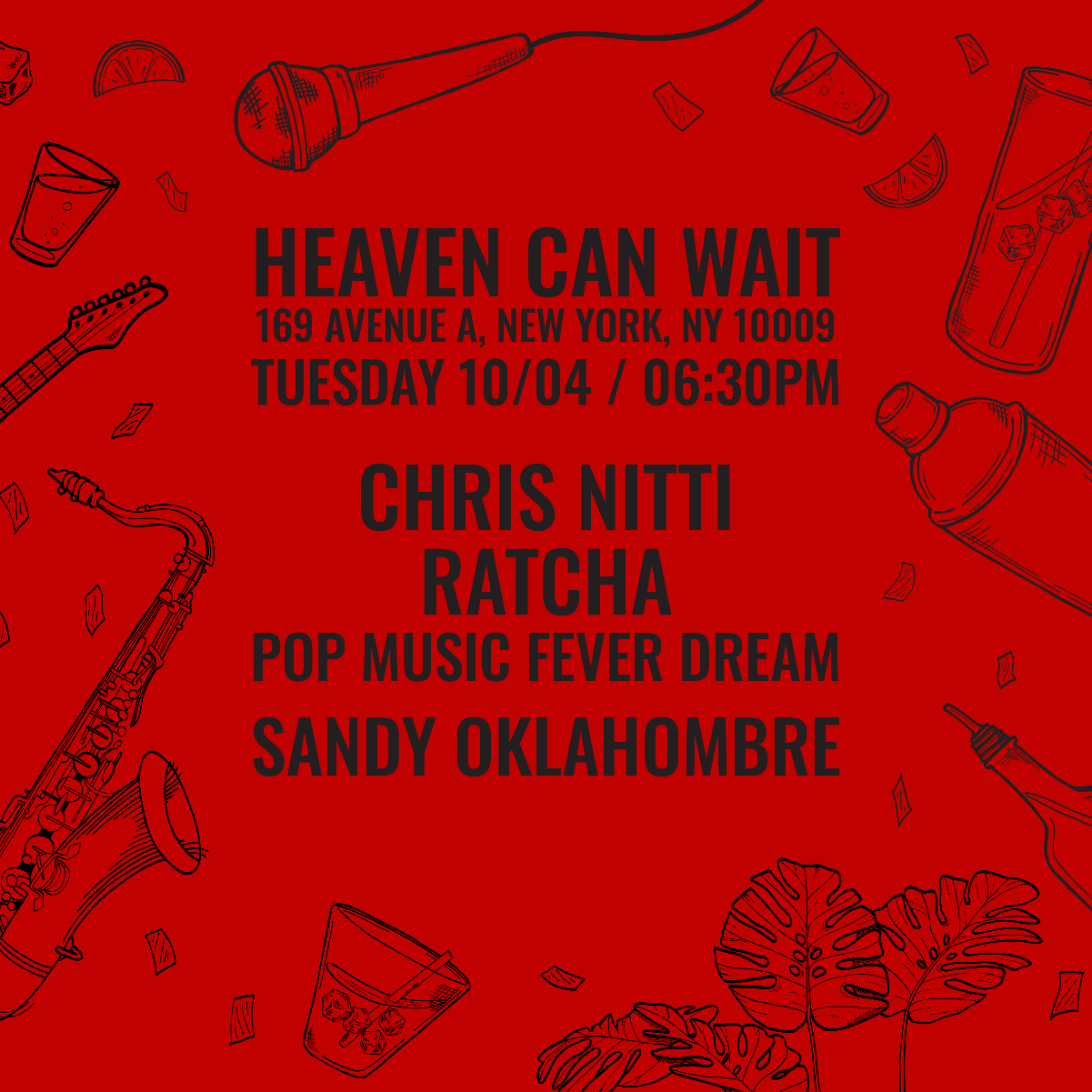 Additional Info
Chris Nitti
Based in New Jersey, Chris Nitti is a recording project that started in solitude in 2016. After learning guitar and a few other instruments, while getting into DIY artist such as Alex G and Mac DeMarco, Chris started writing his own songs out of curiosity and personal necessity. Since then, he's released an EP, 3 albums and a couple singles. While he started out doing everything himself, he's expanded to a more collaborative effort over the years, from giving mixing and mastering to others, to other instruments as well on his upcoming unreleased material. While his influences are ever-changing, Chris can always be expected to provide vulnerable and introspective lyrics over an indie rock foundation.

Pop Music Fever Dream
Pop Music Fever Dream— it’s like listening to pop music in a fever dream. How simple. It's scrappy, do-it-yourself, arty post-punk, making as much noise as possible that doesn’t sound like shit. Maybe a solo. Just a lot of moshing and yelling and commentary on the internet. PMFD irl is Tim Seeberger (he/they), 25, hailing from Brooklyn.