with Cate Belmont
Heaven Can Wait
Ages 21 and Up
$12.00
Buy Tickets 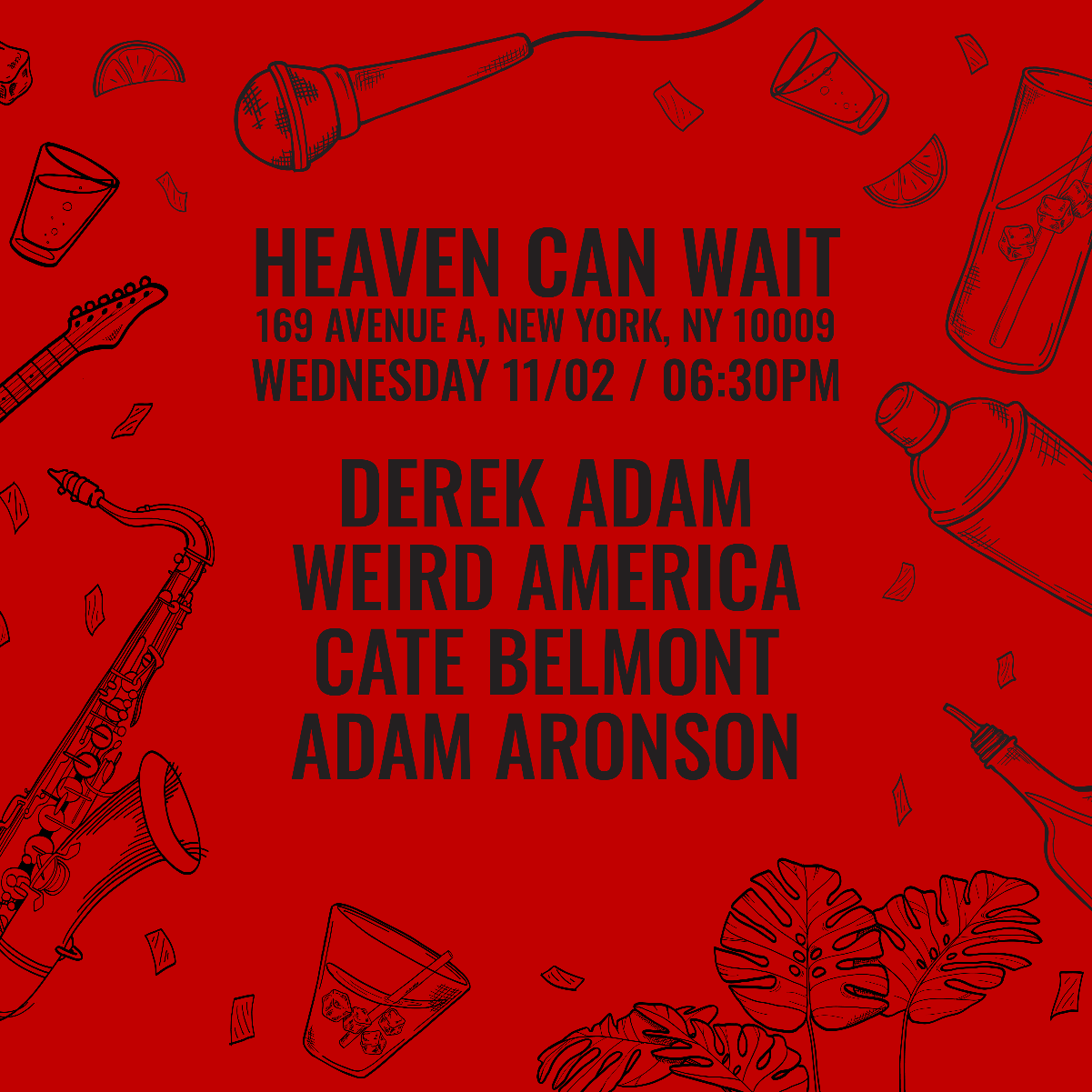 Additional Info
​Derek Adam
Derek Adam blends guitar driven rock and country music. His songs are hook-laden and heartfelt, telling the story of his journey through  anthems, feel good songs, and ballads.
From a small town in Upstate New York, Derek was surrounded by music at a young age. He picked up the guitar at the age of 10 and was quickly playing along to all his favorite tracks. He attended Crane School of Music where he became classically trained on the guitar and learned the fundamentals of writing music.  Since moving to NYC, he had the privilege of working with Grammy winner, James "Jimmy T" Meslin, of Dream Theater notoriety on his debut EP, "Silver Lining".  Most recently Derek paired up with Kyle Berry, Luke Bryan's former guitar player, to work on new material. Their sessions at Red Panda Recording and with Richie Cannata from Cove City Studios lead to a return to roots for Derek that produced his recently released singles, "Road I Know", "Unbroken" and “In The Dark".

Cate Belmont
Originally from Singapore, Cate Belmont is an indie-pop singer, songwriter and producer, currently based in New York City. Influenced by the likes of Taylor Swift, Clairo and Sara Bareilles, her music indulges in nostalgia with a charming candor. This past summer, Cate released her debut EP, CATIE, a four track collection exploring the theme of growing-pains. She graduates with a BFA in Recorded Music from NYU’s Clive Davis Institute of Recorded Music in the Spring.