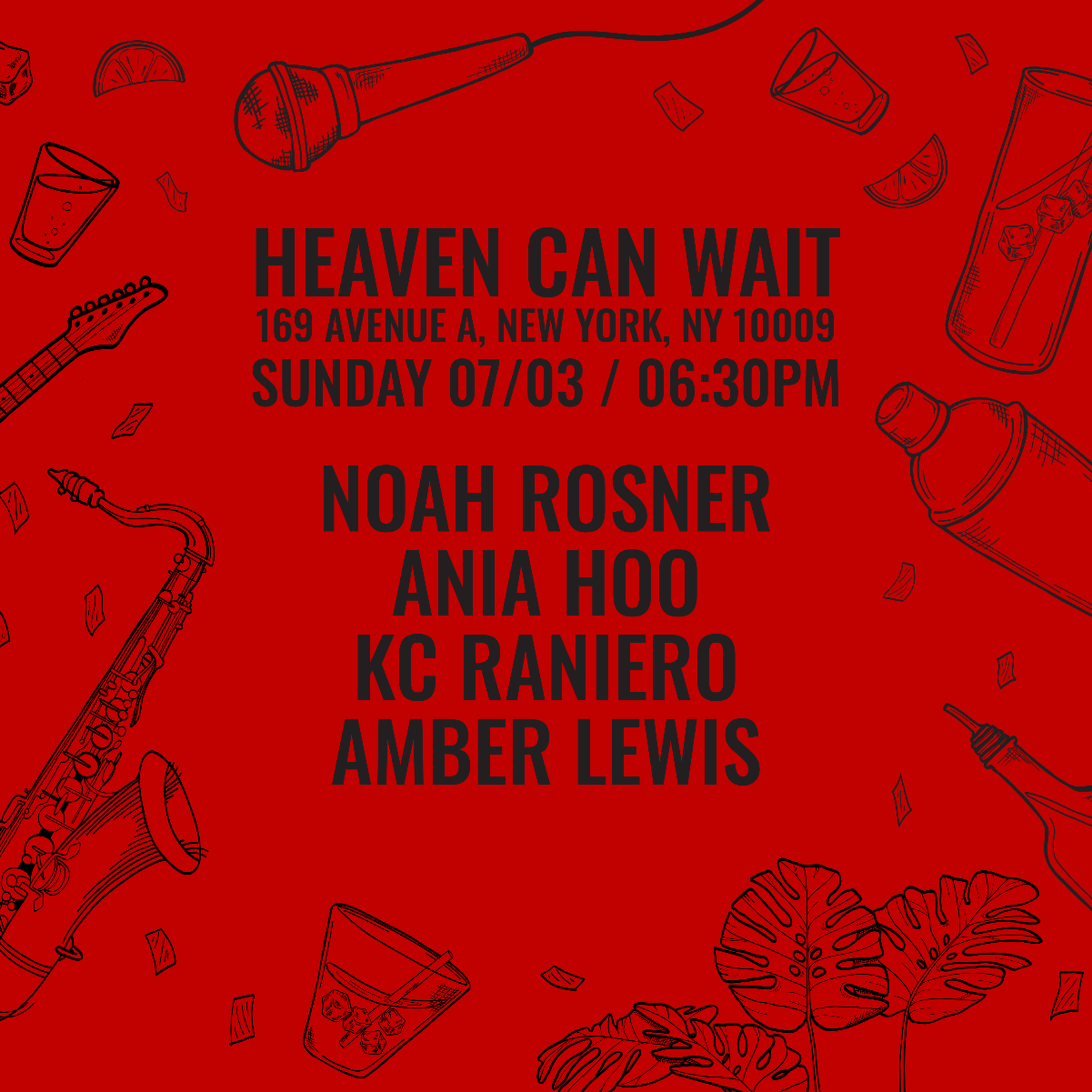 Additional Info
Noah Rosner
Noah Rosner is a jazz influenced singer/songwriter originally  based out of Nyack Ny. He is a jazz vocalist by trade, songwriter by heart. From Chet Baker, to John Mayer, to Mac Demarco, to the Strokes, Noah’s music draws inspiration from a breadth of sources resulting in a unique and melodically intriguing sound.

Ania Hoo
Jamaican-American artist Ania Hoo navigates a colorful, eclectic, and vibrant universe through her music. Inspired by artists such as Marvin Gaye and Teena Marie, she strives for her music to emulate the purest of emotions. Taking us away from the modern world and its endless need for consumption, we see Hoo opening us up to her vision that is focused on creating with integrity and intention. A world where music gives space to the collective to not only want to feel good, but to demand to be loved properly. Hoo has been featured on the Boiler Room, NTS Radio, and V Files and continues to create romantic and bubbly melodies, as seen in her latest project, Pink Trees.

KC Raniero
K.C. Raniero is a singer/songwriter/pianist creating music at the intersection of pop and R&B.  Referring to her genre as "gothpop", she independently released her debut album, "Toxic Phantom", this past Halloween. She is currently promoting the album on tour. With a background in pop punk, K.C. grew up finding inspiration in bands like My Chemical Romance, Paramore, Panic! at the Disco, and Yellowcard. These days she cites Taylor Swift, Waterparks, Coin, and Bad Suns as her primary inspirations. When she isn't singing and playing piano, she can be found producing EDM under a pseudonym, writing poetry, visually interpreting her own music via abstract art, and doing theater.

Amber Lewis
Amber Lewis is a singer-songwriter, painter, and social worker living in Brooklyn. A poet at heart, Lewis is influenced by Joni Mitchell, Nina Simone, and Mitski, and uses song as a form of intimate storytelling. Amber has been performing since she was a child, and has appeared at Rockwood Music Hall, The Bowery Electric, City Winery, The Bitter End, and Symphony Space.

Since childhood, Amber Lewis has loved making music and performing. After seeing a poster for the Justin Veatch Fund’s songwriting and performance program at her local bagel shop, Lewis’ passion for music went into overdrive. The workshop connected Lewis with Sloan Wainwright, who later became her vocal coach and opened Amber’s eyes to the legacy and craft of Joni Mitchell. This awakening created a hunger within Amber Lewis to perform her music in various venues with her guitar, which drew her to New York City, where Lewis currently performs.
Artists
Noah Rosner