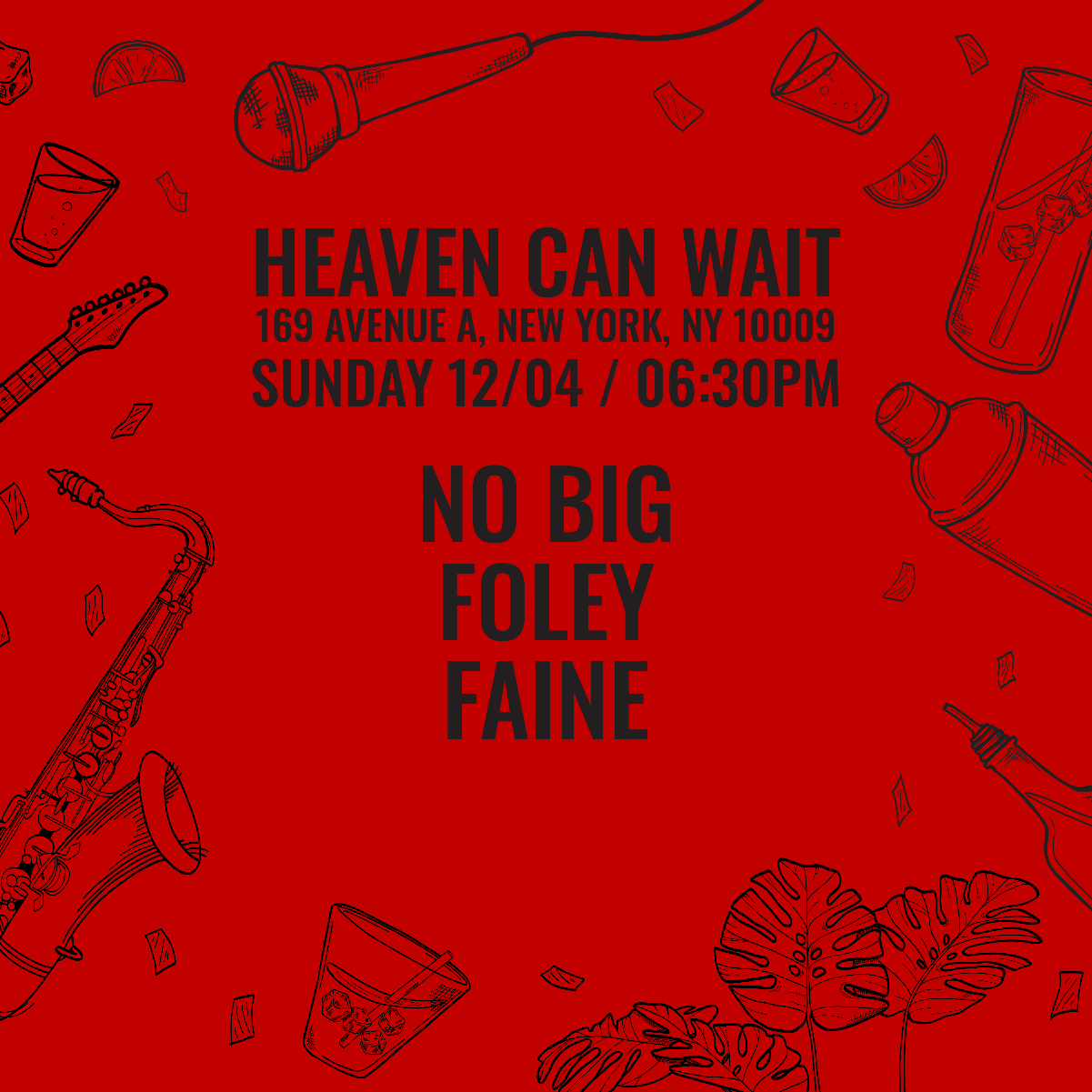 Additional Info
No Big
No Big is an indie rock 5 piece from NYC/LA area. The band consists of Ryan Jantz (vox/guitar/bass), Heather Gluck (vox), Sage Ballard (vox/guitar/bass), Lincoln Cameron (guitar), and Selden Cummings (drums). "Lo-fi bedroom pop, that enables hints of luscious melodies to seap through layers of fuzz. A special originality from this New Yorker" - Jangle Pop Hub. "Full of the natural songwriting hooks that you just can't fake"- We All Want Someone to Shout For. "Slacker, lo-fi bedroom pop at its finest" - Mix It All Up

Foley
Foley is a folk rock band hailing from New York state. Founded in the autumn of 2017, the group sifts the likes of Leonard Cohen, Michael Nau, as well as other folk pillars into their own sound. The one time three piece composed of Eddie Byrne (vocals, guitar), Joe Guzzardo (guitar), and Tom Parisi (bass) has flourished into a full band effort calling on Collin Melazzo (drums), Danny Barbati (piano), and Nick Biagini (saxophone, flute).

Faine
We're Faine, an Alternative independent rock band based in New York. Our debut self-titled, self-released EP, 'Faine', is out now! The seven tracked EP ranges in influences from indie, alt-rock, new wave, to punk, post-punk, and psychedelia. From absurdist, abstract surrealism to somber romanticism, they are two sides of the same coin; in contrast and parallel to each other. This lo-fi debut conception began from just one microphone, one band, and one room, developing into the 38 minute, alt-garage statement that is, FAINE: They tried to eat willow?