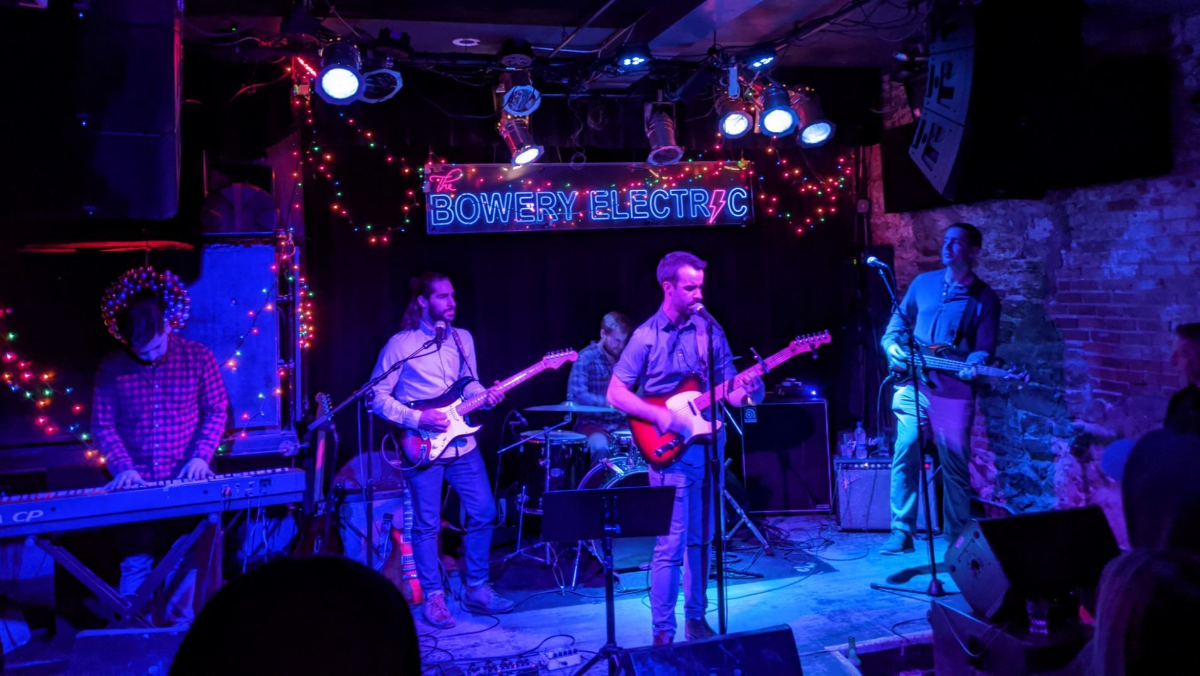 Additional Info
The Fitzgeralds
The Fitzgeralds is a rock group based in New York. They formed in 2008 at Fordham University when Chris Fitzgerald (keys/bass) recruited Tim Pierson (drums), Greg Iacurci (guitar) and Nick Walsh (guitar/vocals) for a rehearsal in the basement of Keating Hall. Since then, The Fitzgeralds have expanded to include David Lerer (vocals/guitar/bass) and Andrew Pierson (vocals/guitar/bass). After years of covering the Rolling Stones, David Bowie, the Cure, U2, and other artists at venues around New York and Brooklyn, The Fitzgeralds recorded their first original track, "The Shore," at Tarquin Studios in Bridgeport, CT, which was released in July 2021. Inspired by indie and alternative rock bands like Arcade Fire, Frightened Rabbit, and The National, as well as synth-pop groups like New Order, M83, and Future Islands, The Fitzgeralds continue to play shows around New York and plan to release new tracks in the coming months.

Tygersounds is an exploration of time and melody, blending the best parts of 80s synth-rock and pop aesthetics with new-age indie rock and harmonies. The end result—vibrant tracks that drip with passion and memories from a place not far, a place of nostalgia, a place where our youth still lives.

Tygersounds was born in a smaller-than-usual East Village apartment, where Moser wrote, composed, and released the first EP, Tyger (2015). The music was a conduit to his struggles and desires that he felt would connect people through a shared history of growing up in the ‘80s and ‘90s.